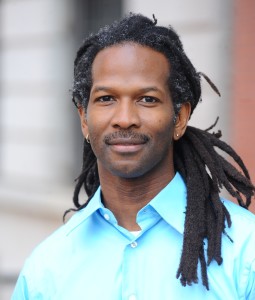 One of the more articulate voices in the realm of addiction experts today is Carl Hart, who delivered a rousing TED Talk challenging our beliefs that drugs primarily cause addiction. In the talk he passionately offered evidence that poverty and crime are independent of drug problems, and that drugs including cocaine are far less addictive than we have been led to believe. In fact, he goes on to say that 80-90 percent of people who use illegal drugs never develop drug problems.

This is quite a big statement, but is it true?

Back in the early 1990’s the World Health Organization and the United Nations Interregional Crime and Justice Institute funded what is perhaps the largest study ever done on cocaine use around the world. The Cocaine Project enlisted top researchers around the world to collect data on cocaine use in 22 cities in 19 countries. The purpose was to develop a base of scientific knowledge that could help shape drug policy.

When the summary results were released in March of 1995, representatives from the United States were not happy. In fact, they were livid and threatened to pull all funding from WHO if the report was published, because the evidence blew significant holes in US drug control policies.

To this day WHO denies that the report even exists. But it does because someone leaked it to the Transnational Institute and now you can read the entire Cocaine Project Briefing Kit and decide for yourself if Carl Hart is right.

I find it incredibly sad that the work of so many distinguished researchers could be suppressed so our government could perpetuate myths, stereotypes and lies just to perpetuate a war that never should have happened. So what did the report actually say (for those of you who want the cliff notes version)? Here are a few critical highlights:

So when it comes to cocaine, Carl Hart was right. We need reform that puts science at the center of drug policy. We need evidence-based evaluations – like the Cocaine Project – of the abuse liability of objects of addiction, so that the powers that be can develop policies that serve the greater good.

In 2010, the book Rethinking Substance Abuse: What the Science Shows, and What We Should Do About It was published by the Guilford Press. The book promised to “bring together leading experts to describe what treatment and prevention would look like if it were based on the best science available.” While I was excited to read the book, I immediately wondered about the title. Why are the experts just focusing on substance abuse when we know that the universe of addictive behavior is much broader? How can a book that claims to be based on the best science available ignore the fact that addictions for most people come in packages; that is they struggle with multiple addictions to both substances AND behaviors including gambling, sex and food?

So I called Bill Miller who was one of the editors of the book and asked him my questions. And without mincing words, he said the answer was that the book project was funded by the Robert Woods Johnson Foundation that insisted the experts only focus on substances.

When those with money and political agendas shape the work of researchers and science, we all lose. We don’t get the truth. Instead: